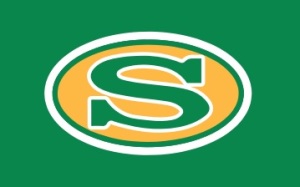 John McKissick, Athletic Director and Head Football Coach at Summerville High School for 62 years, passed away at the age of 93 at his home in Summerville, South Carolina on Thursday, November 28th, 2019.

Coach McKissick was born on September 25th, 1926 in Greenwood, SC. He was the son of the late Harry W. and Ethel Smith McKissick. He moved to Kingstree as a young boy and graduated from Kingstree High School. His college education began at Clemson, but was interrupted by World War Two, during which he served in the 82nd Airborne. At the end of the war, he returned home and attended Brevard College for two years. He then transferred to Presbyterian College for two years, where he earned his bachelor’s degree in 1951. He later attended Western Carolina University and received his Master’s Degree in 1969.

Coach McKissick was a long time member of Bethany United Methodist Church. He was also a member of The Summerville Exchange Club, the SC Coaches Association, and the National Coaches Association. He received honorary Doctorates from both The Citadel and his alma mater, Presbyterian College.

He received many prestigious awards during his storied career, was inducted into numerous Halls of Fame, including the South Carolina Hall of Fame, and even received letters of commendation from 4 different presidents. One of his most memorable moments was having the field at Memorial Stadium named in his honor. Much has been written about all of his records and the many awards that he received throughout his career, but he was most proud of the lasting relationships that he built with so many of the young men who he had the privilege of coaching. During the months of his illness, his days were brightened by the countless number of former players and coaches who visited, wrote, and called.

In lieu of flowers, memorials may be made to Bethany United Methodist Church at 118 West 3rd South Street, Summerville, SC 29483, or to the McKissick Endowment Scholarship Fund at the Coastal Community Foundation,1691 Turnbull Avenue, North Charleston SC 29405.

Family and Friends are invited to visit with the family on Monday, December 2nd, 2019 from 11:30am until 1:30pm in the Fellowship Hall at Bethany United Methodist Church. The funeral service will be in the church sanctuary at 2pm. Burial will be private at Summerville Cemetery.

To send flowers to the family or plant a tree in memory of John McKissick, please visit our floral store.