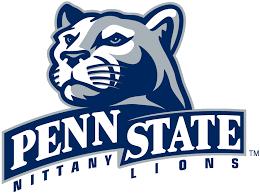 James Kenneth Medeiros, "Jim", age 76, of Harleyville, SC passed away unexpectedly on Tuesday, September 1, 2020 in Harleyville, SC. He was a beloved husband, father, grandfather, and friend and will be missed more than words can say.

Jim was born in Taunton, MA on January 31, 1944 to the late Alfred Furtado Medeiros who immigrated from Azores, Portugal and the late Florence Washburn of Massachusetts. Jim is survived by his wife Connie Medeiros. They loved spending every moment of the day together and everyday was an adventure for them. Each day together ended with the planning of the next days "itinerary". Jim often confirmed the "itinerary" with his wife by endearingly saying, "OK!? OK!! Little Buddy!!" Jim loved gardening and grew the most amazing vegetable garden and he loved maintaining his beautiful rural home and caring for their four beloved rescue cats. Everyone that knew Jim, knew his love for Penn State University and that he was an avid fan of Penn State Nittany Lions Football Team.

Jim was the Principle Consultant and owner of Medintel LLC and has been involved with the Defense Department and Defense Industry for over 40 years. This relationship started with his service in the US Navy for which he later received two letters of commendation in 1979 from the US Department of Defense and the US Navy for outstanding service to the US Government and US Navy while serving in a classified oversees assignment. Then, following College at California Polytechnic University, Jim put his Electronic Engineering Degree to work at the Naval Surface Weapons Laboratory, Dahlgren VA. After several tours with the Naval Intelligence Command, Jim spent the next 25 plus years working in industry associated with the defense department. The first job was with HRB Singer (now part of Raytheon) in Pennsylvania: then work with ITT Aerospace Communication Div in Indiana, moving to Raytheon and finally as site manger for General Dynamics in Indiana. Most recently Jim has been working with several companies in assisting them in all aspects of international sales and with strategic planning for work with SPAWAR Atlantic via the Charleston Defense Contractors Association (CDCA). Assisting international partners with sales world wide including into the US Defense market. At the time of Jim's death, he was employed at Chugach Alaska Native Corporation, North Charleston, SC and enjoyed working with an amazing group of people.

Due to the pandemic, a celebration of Jim's life will be held at a later date. Memorials may be given in remembrance of Jim Medeiros to the Lowcountry Food Bank, 2864 Azalea Drive, North Charleston, SC 29405 or Dorchester Paws, 136 Four Paws Ln, Summerville, SC 29483.

The family of James wishes to extend their sincere gratitude to the amazing paramedics, police officers, and neighbors who attended to Jim in his time of need.

Arrangements by Parks Funeral Home, 130 West 1st North Street, Summerville, SC 29483. Condolences to the family may be made by visiting www.parksfuneralhome.com