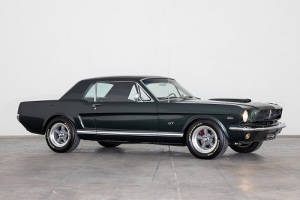 With great sadness, Ricky Lee Smith's family announces his passing on Wednesday, June 22, 2022, at the age of 62 at his residence in Summerville, South Carolina, after a courageous battle with Pancreatic Cancer. He was born to Otto George Smith and Pamela Dorothy Smith in Charleston, South Carolina on August 05, 1959. He was baptized with his mother, father, and sister, Sherri at the Naval Base Chapel in 1960. He is preceded in death by his mother, Pamela Dorothy Smith, his father, Otto George Smith, and his sister, Cynthia Smith. Ricky was a great family man and a loving father. Ricky has 3 children, Jason Lee Smith (Son), Anthony Stewart Smith (Son), and Abigail Elizabeth Riddle (Daughter). He is also survived by 2 grandchildren, Benjamin Ethan Smith and Arielle Katherine–Diana King. Ricky will be lovingly remembered by his siblings, Sherri Lynn Smith, Mark Allen Smith, Scott Duane Smith, Amy Smith Morton, and, Dr. Alan Wayne Smith. He worked as an automotive mechanic and was always generous to extend his skills to help his family and friends. Ricky was an introverted, laid-back man who was deeply passionate about cars, specifically Ford Mustangs. He enjoyed listening to Classic Rock and Roll music, telling jokes, playing video games, and spending time with his friends. His family and friends will always remember him as a fun animal lover who never gave up on trying to restore his 1966 Ford Mustang. There are car parts he ordered that are still arriving in the mail today. A ceremony is scheduled for family and friends on Tuesday, June 28th, at 2:00 PM at Friendship United Methodist Church, at 1315 Ranger Dr, Cross, SC 29436. Reverend Joyce G. Murphy will officiate. All are welcome to attend and celebrate the life of Ricky Lee Smith. The family would like to thank our wonderful friends at Friendship United Methodist Church for their generosity. The family requests gifts are made in memory of Ricky to the American Cancer Society. “We'll always remember our dad for being an endless encyclopedia of jokes. He had a loud and boisterous laugh that would often scare bystanders.” - Ricky's Sons “He loved mustangs. He’d roll his window down in a minute at a stop light to hear how it sounded when the light changed.” - Amy Smith Morton, Ricky’s Sister

To send flowers to the family, please visit our floral store.